Another week, another week note. And I really should try and publish these a bit earlier (it’s late on Sunday evening again!)

More on my new roof bars/carriers

Last week I wrote about buying my new Thule roof bars and bike carriers from roofracks.co.uk.

After I’d fitted the bars, I noticed a small dent in one of them. I had been super-careful when fitting them, so I can be pretty sure that it wasn’t anything I did. I emailed roofracks.co.uk and, whilst the dent is only visible in certain light conditions and difficult to photograph, they said they couldn’t clearly see the dent in the pictures I sent (including this one):

(Is it just me? I thought the red ring would help…)

They wanted me to return the damaged bar at my cost so they could inspect and send a replacement (I’d already said it wasn’t worth it but asked if they could apply a small discount). For that reason, I can no longer recommend roofracks.co.uk. Which is a pity, because they have competitive pricing (presumably based on volume sales).

I also referred to subscription fatigue in last week’s weeknote. I knew that my friend David Hughes had written about it somewhere, but I couldn’t remember where… he pointed me to his newsletters (issue 2 and issue 4).

I could be in the position where I am spending hundreds of pounds a year to essentially rent software.

That is not for me.”

I spent half the week in the north west of England. Rochdale to be precise.

As it’s so difficult to get a parking space near Milton Keynes station after about 8:00 on a weekday, I caught a bus from home. I found a great website that uses open data to list all UK bus services. Bustimes.org.uk is not an official resource but, like realtimetrains.co.uk, it is an incredibly useful one!

I’d bought a ticket from Milton Keynes to Rochdale and back which, despite showing as only valid via Manchester, was not clear about whether it could be used on trams between Manchester’s two main stations (Piccadilly and Victoria). Manchester Metrolink later confirmed that the ticket wasn’t valid (so it’s a good job I played safe and bought a tram ticket then!).

If only Transport for Greater Manchester took a leaf out of Transport for London’s book with tickets that include public transport transfers (cf. Underground between London termini on through journeys) though it seems you can get a ticket that is valid for tram transfers – I just don’t know how!

No worries. It needs to say either CTLZ or Metrolink City.

I found it interesting to see that people on Twitter thought £67.50 was expensive for a return trip from Milton Keynes to Manchester (I thought it was a bargain). It’s certainly not expensive when compared with demand-based pricing on peak Manchester-London services (which can be over £300) or with the cost of driving ~400 miles to Rochdale and back…

Anyone who’s spent any time in and around Manchester will know it’s a city with a reasonably high chance of precipitation. Stupidly, I forgot to take a coat that fits over my suit to Greater Manchester. Muppet. Luckily I had an umbrella in my work bag…

Also worth knowing (from my travels further south at the end of the week): the rear First Class section in Thameslink trains is declassified until further notice. I have no idea why but it’s useful to get access to some power:

Hi Mark, First Class has plug sockets & is declassified in the rear carriage of the new trains until further notice. ^Isana

The socket location is a little unusual though:

A couple of nights in Rochdale also gave me a chance to catch up with an ex-colleague and one of my most supportive former managers, Alan Purchase (@AlanPurchase).  He’s at Capgemini now – who seem to be hoovering up a lot of people with Microsoft skills (as are Microsoft themselves). Meanwhile, I got one of the regular LinkedIn contacts asking me if I’d be interested in a fantastic opportunity from someone I’ve never heard of who won’t even say who they are working for but this one was really special: it would involve moving my family to Ireland. Tempting though it may be to keep my EU citizenship post-Brexit, thanks but no thanks.

The rest of the week

As mentioned above, I was back dahn sarf for the second part of the week and spent two days in London with the first one at Microsoft learning more about the capabilities of Azure with regards to data and the intelligent cloud. I’ve been trying to grok this for a while (my background is Infrastructure). The second day was more mundane, supporting a colleague on a consulting engagement.

I tried using Apple Maps for turn-by-turn navigation on my watch whilst riding my Brompton to Microsoft on Thursday. Unfortunately, Apple Maps lacks cycling directions (it only has walk, drive, public transport or taxi) and I got a bit lost with the various “no cycling” routes in Regents Park which made for an interesting route map!

I’ve been “challenged” for the 7 days 7 photos challenge on Facebook. The rules are simple:

Seven days, seven black and white photos of my life. No humans. No explanation. Challenge someone every day.

Some people are critical of this – saying it’s not a challenge, and suggesting it’s just creating a bunch of poor black and white photos on Facebook. I’m actually finding it a great opportunity to think about what I’m doing and to capture something from the day. Anything that gets me thinking creatively about capturing images has to be good, right? 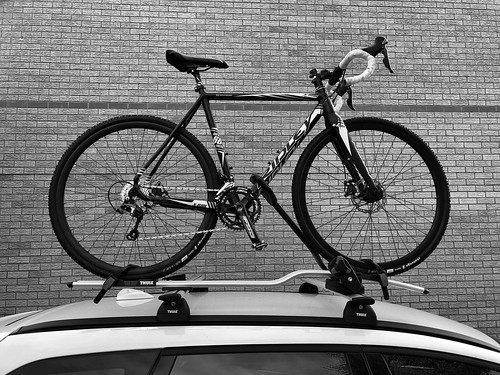 I was signposted to John Naughton (@jjn1)’s 95 theses about technology by Matt Ballantine (@ballantine70). I think it should be required reading for anyone in a senior technology role…

I do most of my geek stuff with my eldest son, so I asked the youngest if he fancied a play with a BBC Microbit. Our inventor’s kit arrived this week:

WooHoo! Save £5 On Inventors Kit for the BBC #microbit use INVENTIT code at the checkout.pic.twitter.com/qbrlOoMgtN” https://t.co/QsOBpgXIV1

We had a lot of fun and it was fantastic to see his face light up when his Microbit started playing the sounds and displaying the letter of the notes as he had instructed.

Sunday afternoon “inventing” with our 11yo and a #BBCmicrobit inventor’s kit from @Kitronik pic.twitter.com/7440KzlonS

I’ve played with the Relive app a few times to generate a birds-eye view of a route I’ve cycled. GPX Hyperlapse takes a different view – using Google Streetview to help view a route (perhaps in preparation for a ride).

Today was Remembrance Sunday and a particularly poignant one where I live in Olney as so many local men were lost at the Battle of Passchendaele, exactly one hundred years ago. It’s always good to see so many people turn out to pay their respects but such a shame the traffic wasn’t halted for the 2 minute silence, as it has been in previous years. 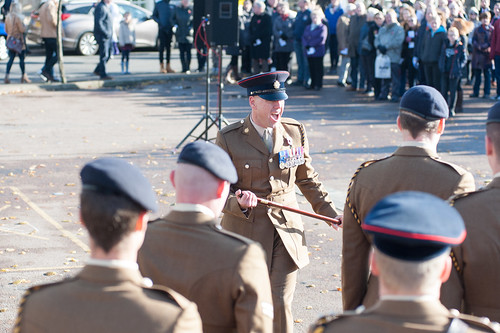 That’s all for now

Right, that’s all for now. If you read this far, thanks for sticking with me. These posts take a long time to write so any feedback is welcomed – it would be good to know I’m not just writing a diary for my own benefit!