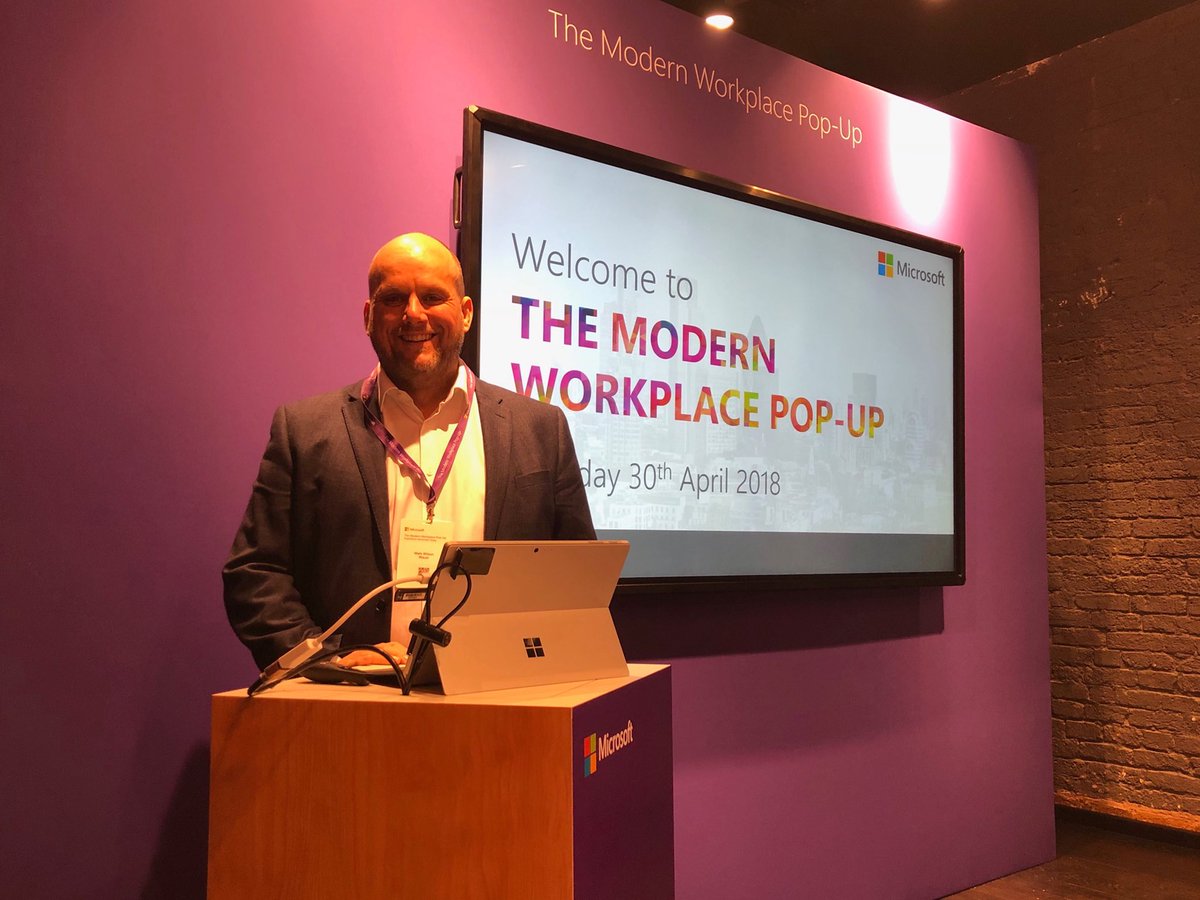 This week, I’ve learned that:

If this morning has reenforced one thing to me it’s “never, ever, ever agree to run someone else’s demos using an environment you haven’t personally set up and practiced in…” #carcrashdemo

Fascinating to sit in on two handover sessions today for replacement PCs. Feedback from one user: "remember we're not IT literate – I wouldn't use a computer if I could help it"; resistance to change is one thing, but not being prepared to use the tools of the #ModernWorkplace?

Lesson in how not to engage with influencers in your target audience? When the fact that there were no female speakers other than on the #WomenInTech panel was highlighted to @CIOsynergy organisers, @CXOsync responds that the comments hold no value. Astounding. Welcome to 1968. https://t.co/ETo74xQpIY

Fond memories of this place… started my career here in 1994 (#ICL #Powerof4) pic.twitter.com/ZRQ7O3T5gV

So the week definitely finished better than it started and, as we head into a long weekend, the forecast includes a fair amount of sunshine – hopefully I’ll squeeze in a bike ride or two!