I’m often asked why Microsoft’s datacentre regions for Azure in Europe are named as they are:

But Ireland and the Netherlands are (sort of) on the same latitude. So how does that work?

#azure regions in Europe, simply explained: Dublin is more North, so it is Azure North. Amsterdam is …. West, so its is Azure West. :-) pic.twitter.com/YdHMFNDSEz

I suspect the backstory behind the naming is more down to the way that the United Nations divides Europe up for statistical purposes [source: Wikipedia article on Northern Europe]: 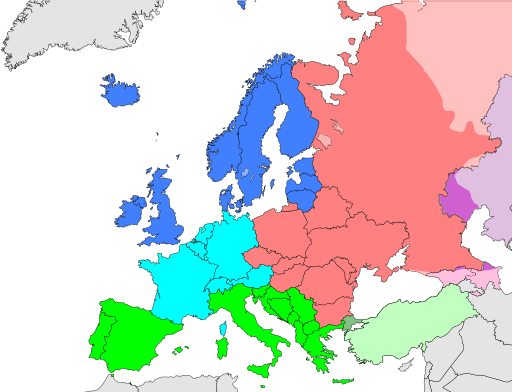 It makes more sense when you see it like this!